Windpark Fryslân built by contracting consortium Zuiderzeewind (Siemens Gamesa Renewable Energy and Van Oord Offshore Wind) in the IJsselmeer. The wind farm comprises 89 turbines of 4.3 megawatts (MW). Annually, WFF produces 1.5 terawatt hours* (1,500,000 megawatt hours). This is approximately 1.2% of the electricity use in the Netherlands, corresponding to the consumption of some 500,000 households. Windpark Fryslân is the largest wind farm in the world in an inland water. The wind farm is operational from 2021.

*The annual electricity consumption in the Netherlands is shown in terawatt hours (TWh), or billions of kWh.

The Wind Farm comprises the following:

Windpark Fryslân consists of 89 4.3 megawatt (MW) turbines. Annually, WFF produces 1.5 terawatt hours* (1,500,000 megawatt hours). This is approximately 1.2% of the electricity use in the Netherlands, corresponding to the consumption of about 500,000 households.

89 wind turbines in the IJsselmeer. 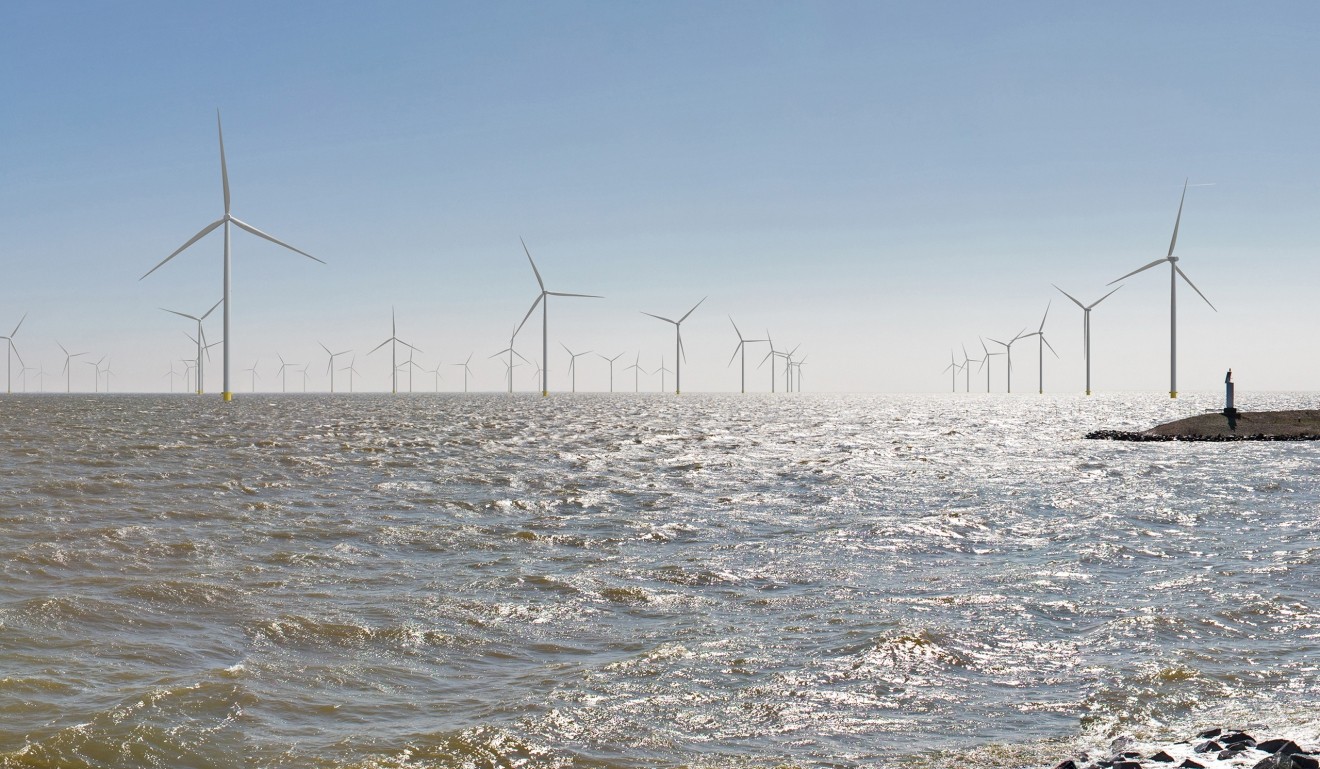 The wind turbines of Windpark Fryslân

The wind turbines of Windpark Fryslân are 180 metres tall. As a comparison: the Achmea tower in Leeuwarden is 115 metres tall. Factories in places as diverse as Friesland, Poland, Germany, Vietnam, Portugal and Morocco have manufactured parts of the wind turbines. These include the internal and external platforms, the foundations, the towers, the rotors (rotating part of the generator) and the blades.

The company Amicon (previously Bijlsma Constructies) from Winsum in Friesland has build the ‘internal platforms’ for the wind turbines. Watch here the vlog with Symen de Boer of Amicon about the construction of the internal platforms. 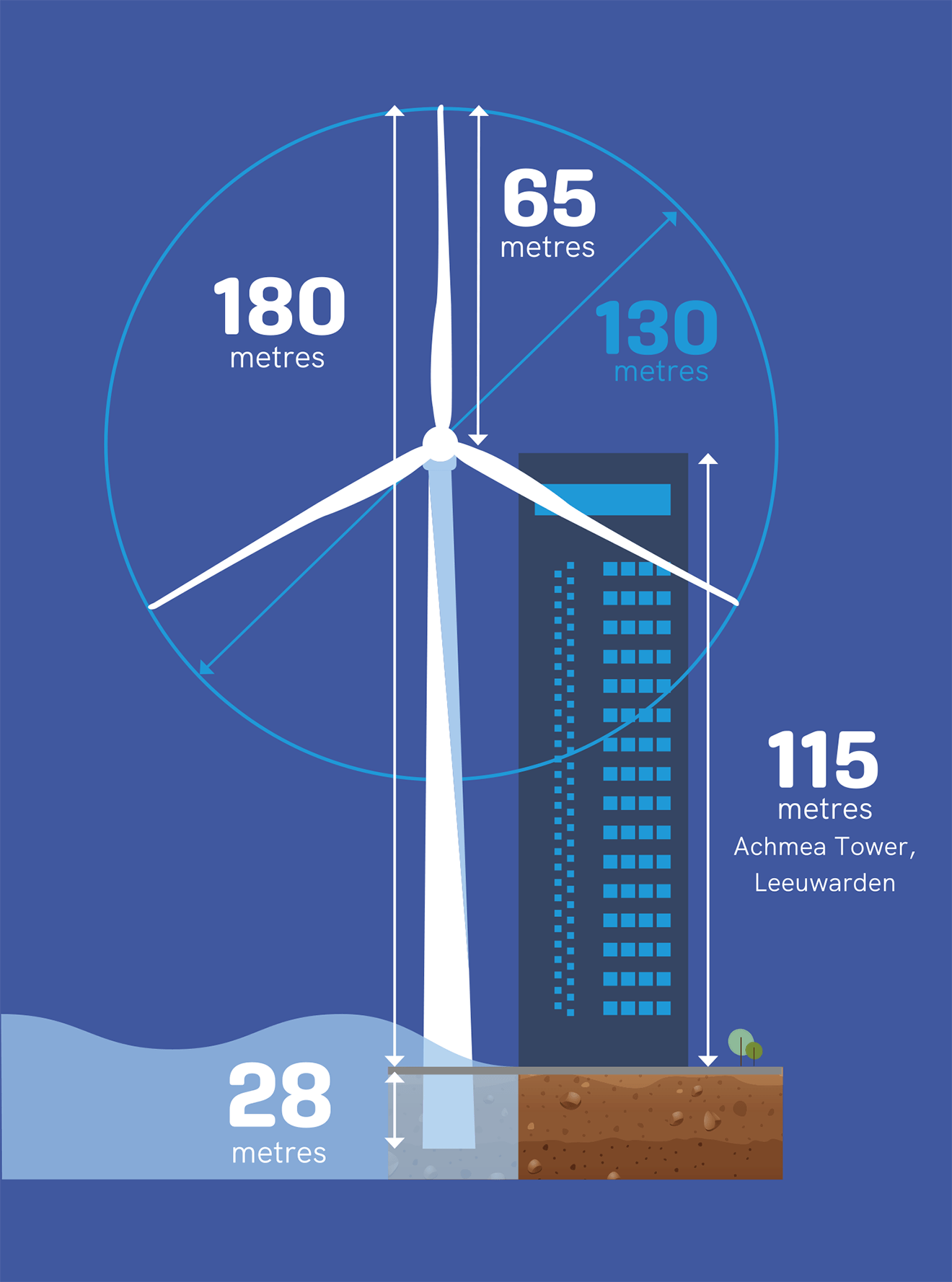 How does a wind turbine work? 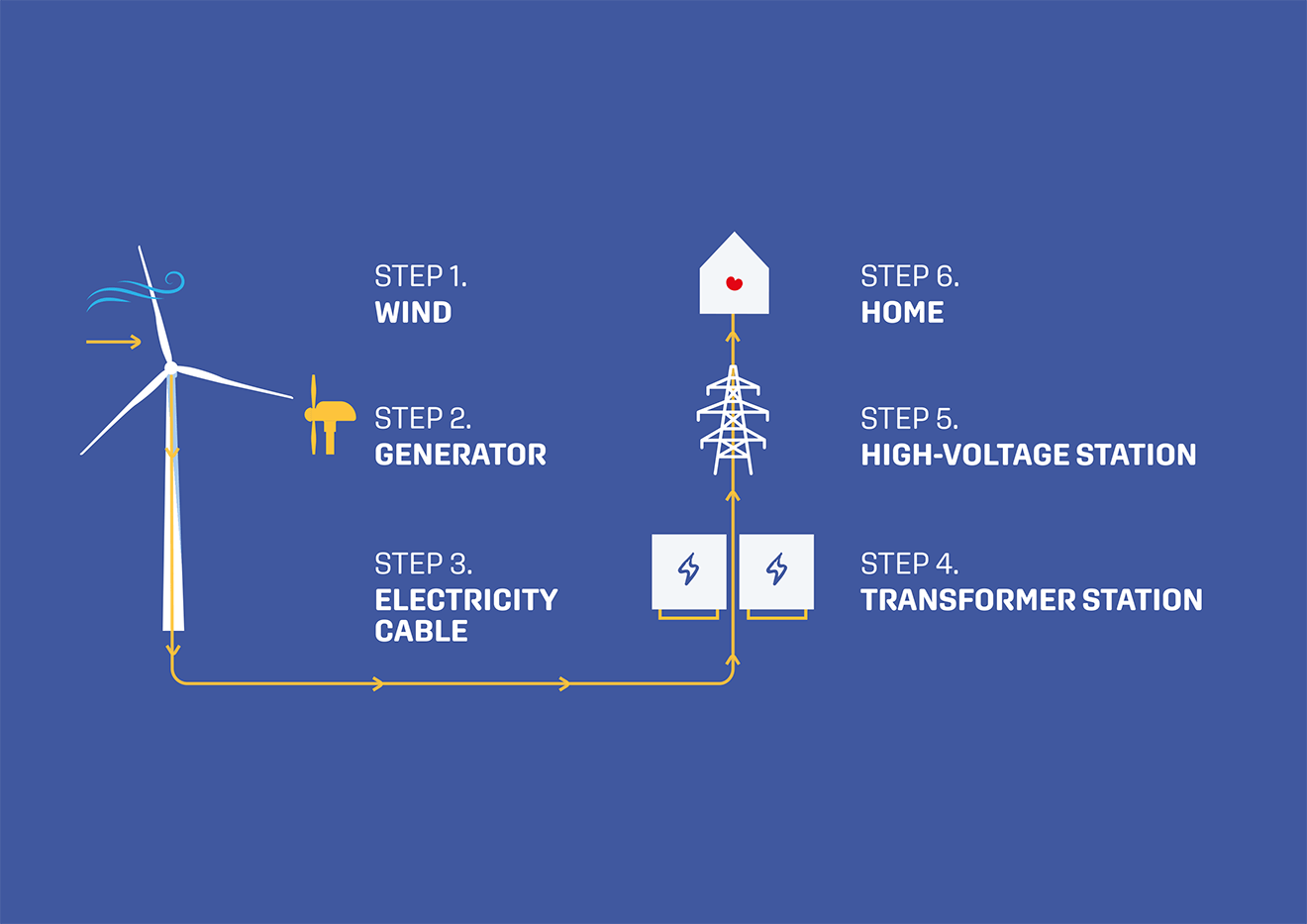 In the unique substation the electricity from the wind turbines is converted to high voltage for the electricity grid in Friesland. Aluminium plates on the outside wall of the new transformer station (42 metres long, 18 metres wide and 7 metres high) literally show the power of the wind. The manner in which flexible parts of these plates have been mounted, allows them to move in the wind.

The building has an educational function. Through glass walls and from the information in the building visitors can learn about wind power and see how the green electricity is brought over from the IJsselmeer to Friesland.

In order to bring the generated energy from the wind turbines to the users, we lay power cables on land and in the IJsselmeer. The power cables run from the wind turbines in the IJsselmeer to the transformer station in Breezanddijk. The power will run from the transformer station via cables in the Afsluitdijk and along the A7 to the TenneT high-voltage grid at Oudehaske. 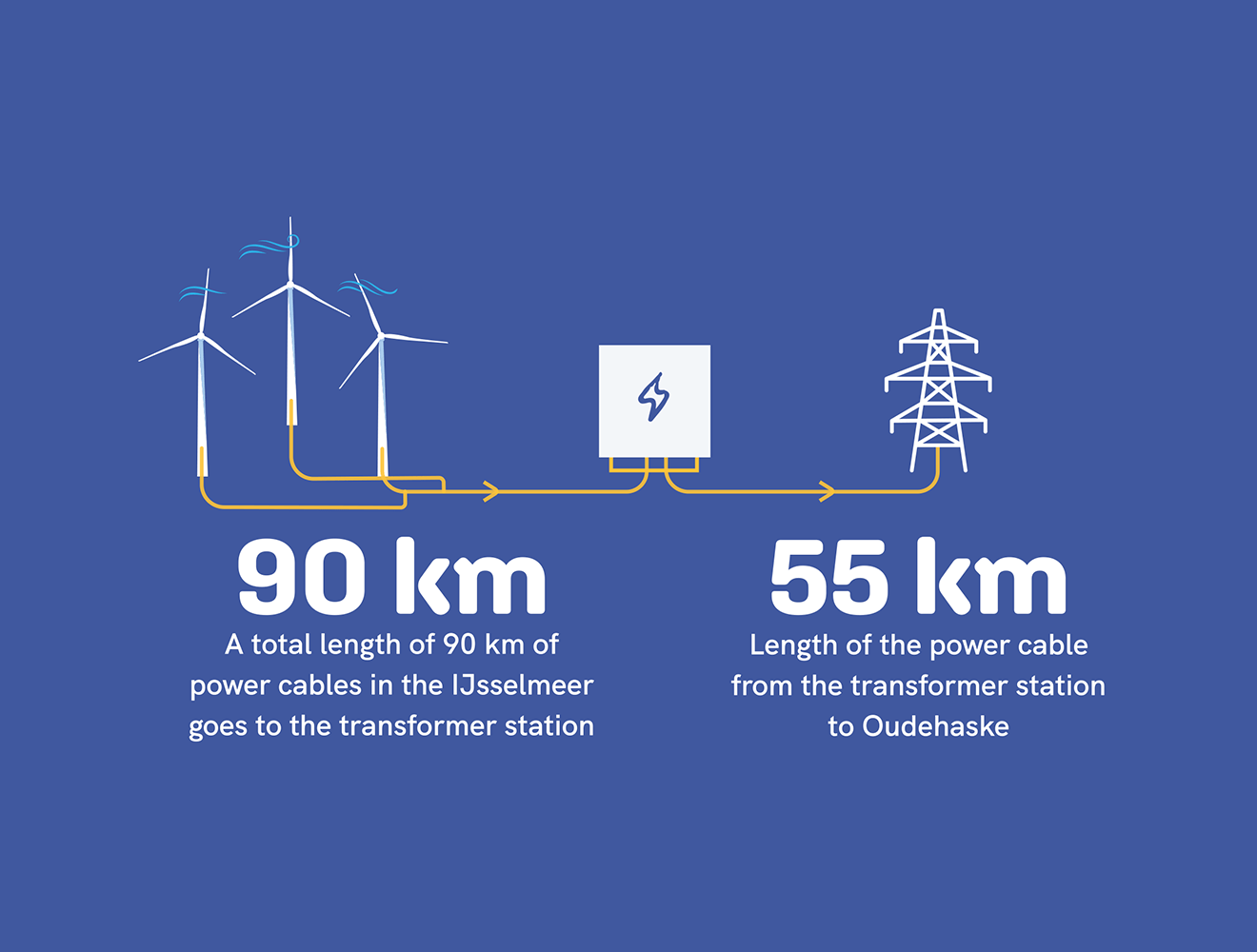 Contracting consortium Zuiderzeewind built the nature reserve for Windpark Fryslân. The island consists of an area of 2 hectares above water and two shallow water zones together comprising 25 hectares. The area will be protected from waves and currents by an 800 metre long breakwater onto the section above water. The shallow water zones are not open to water traffic. This gives nature time to develop further.

The nature reserve will become an attractive foraging and resting area for birds and alongside it an artificial reef for fish.

Windpark Fryslân has taken various measures to limit the nuisance caused by the turbine lighting for the environment: 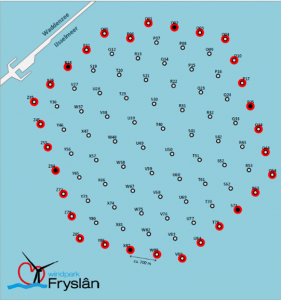 Although Windpark Fryslân was not 100% sure that this solution could be applied permanently, the wind farm decided to invest in the radar detection system to prevent nuisance for residents as much as possible.

The radar detection system at Kornwerderzand scans the airspace for aircraft near the wind farm. The location of the system was chosen because of the unobstructed view of the environment, which is necessary for the system to work as effectively and safely as possible. 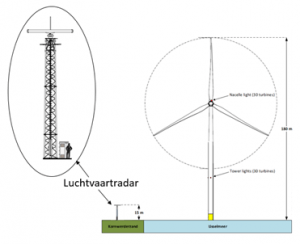 After the aircraft have left the warning zone, the lighting is switched off again, with a time delay of 1 minute.

For approval of the radar detection system, Wind Park Fryslân and the Municipality of Súdwest Fryslân have requested advice from the Inspectie Leefomgeving en Transport (ILT). The advice was positively answered by ILT based on the documentation provided and proposed regulation. ILT has no objection to a pilot in which a radar detection system is applied at Wind Park Fryslân.

The definite application of radar detection follows after it has been demonstrated that the radar system works properly by means of a test flight. During this flight, measuring equipment is used to test whether the aircraft is correctly detected under all conditions. This test will be carried out after the installation and tuning of the radar system in October and November.

Windpark Fryslân expects that the radar detection system will significantly reduce the nuisance caused by the lighting in the area.